Seeing an increase in drug availability and a number of firearms being seized during drug investigations, Sheriff Kent, Galion and Bucyrus Police Chiefs, and the Crawford County Prosecutor formed a Special Response Team (S.R.T.) to combat the drug issues in the county, as well as the firearms being found in connection to drug trafficking.

Each agency nominates members for the team and they are voted on by the Sheriff and Police Chiefs. All team members receive specialized training, or have had prior military combat experience. The team trains together and is an available resource to all law enforcement agencies in the county.

Each agency is responsible to providing adequate training and equipment for their officers. This team has been successful in safely removing drug traffickers from the streets, and is called upon whenever a high-risk search warrant is executed.

Bucyrus City and Galion City Fire Departments also have members attached to the team, allowing medics to be on scene, in case of a medical emergency.

This team has been successful in combating illegal drug use in Crawford County. 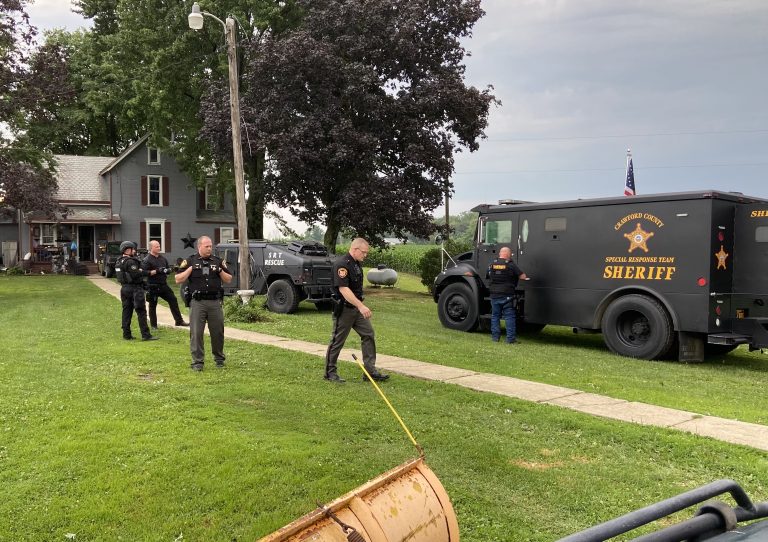